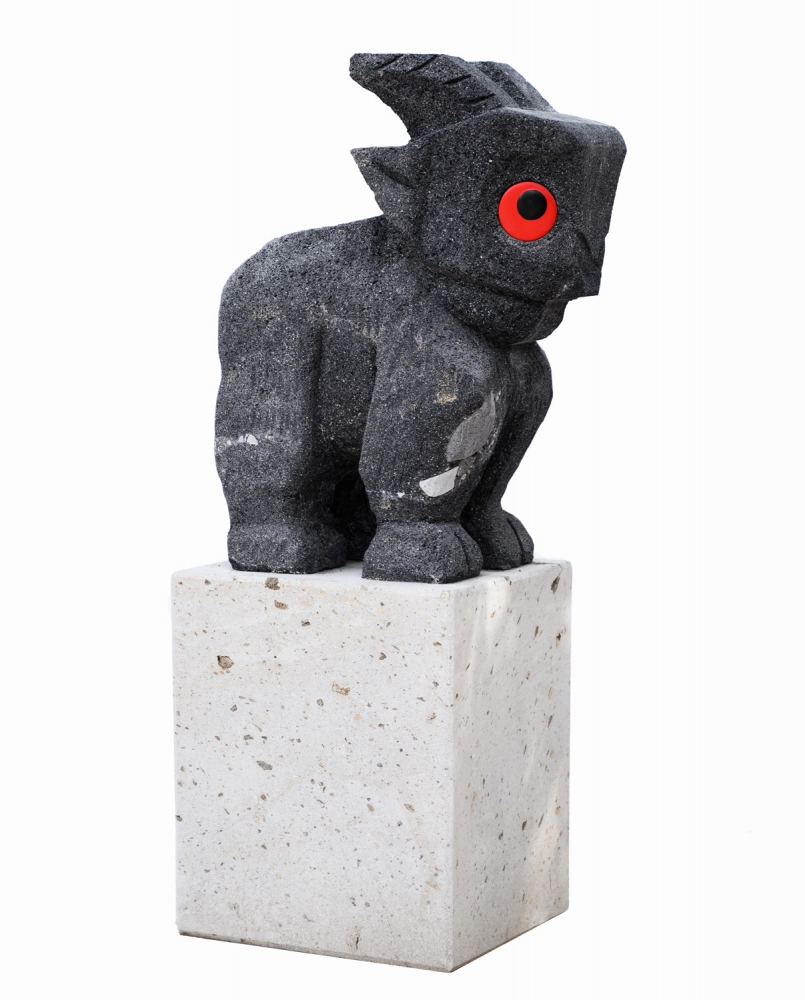 Olaf Breuning
Out of Balance

This selection of colorful new woodcut landscapes and carved stone sculptures by Olaf Breuning draws on the natural world to consider the pressing environmental concerns we face today.

Breuning returns to a more raw mode of production for the paintings, using rough-hewn, chainsaw-cut woodblocks to stamp out vivid and chaotic compositions. The imagery made with the carved blocks––shapes of waves, stars, raindrops, and blades of grass––conjures a time before technology was at the heart of our lives, when we lived in tune with our natural surroundings. Evoking meteorological maps of turbulent weather, the paintings are a metaphor for the rapid pace at which climate change is affecting our environment, which is in constant disarray. The artist hopes that they are also a call to action, or at the very least, a reason to rethink our relationship with nature and the consequences of our actions.

The three carved stone sculptures are from a series called Sad and Worried Animals. These works attempt to imagine animals aware of the processes altering their habitats and comprehending humanity's destructive impact on the environment. The bull, goat, and rabbit sculptures have large, colorful glass eyes and sad expressions, as if they are anticipating terrible things to come. 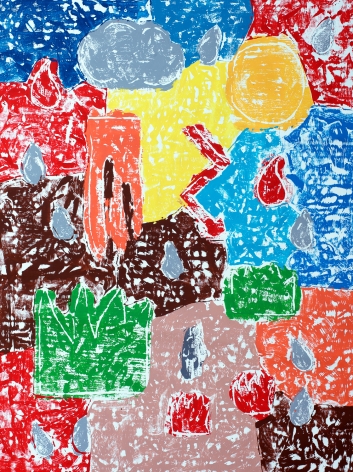 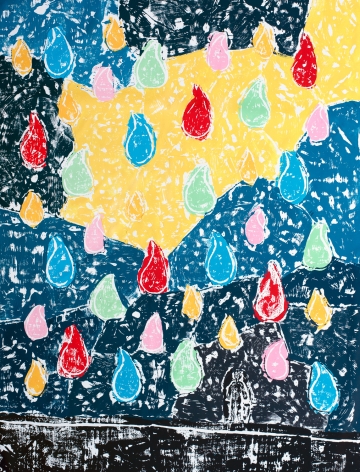 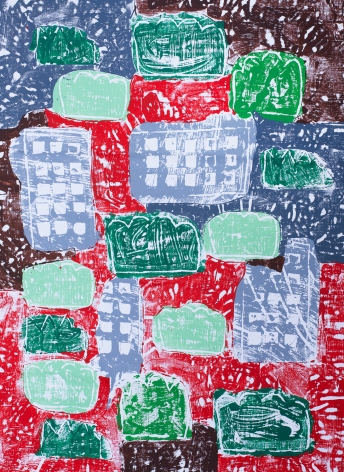 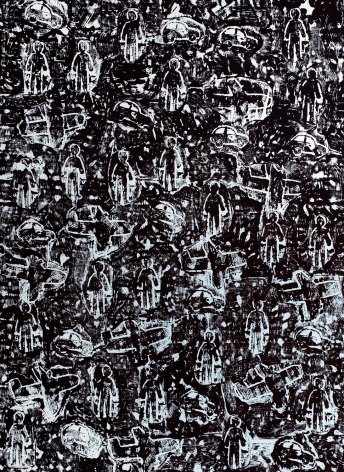 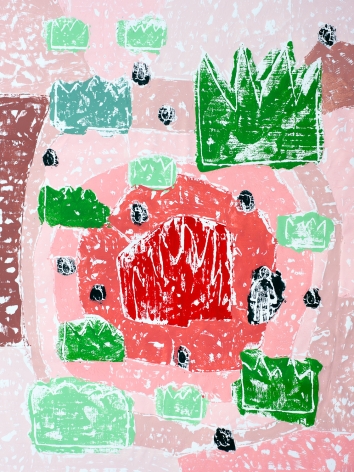 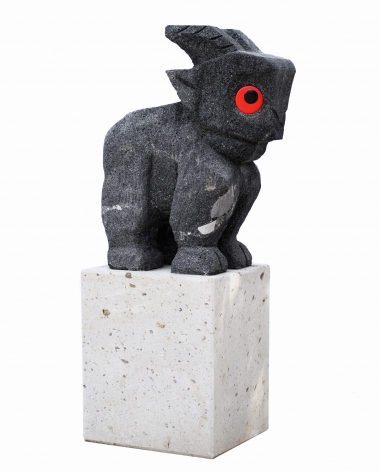 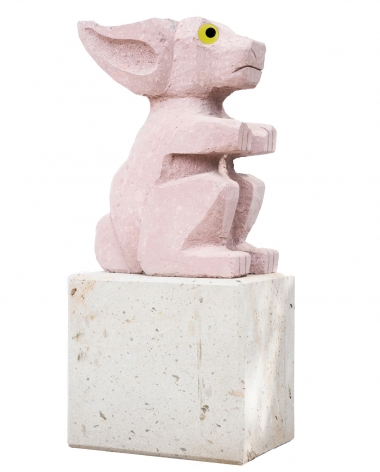 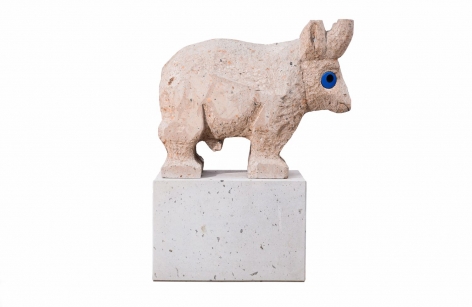 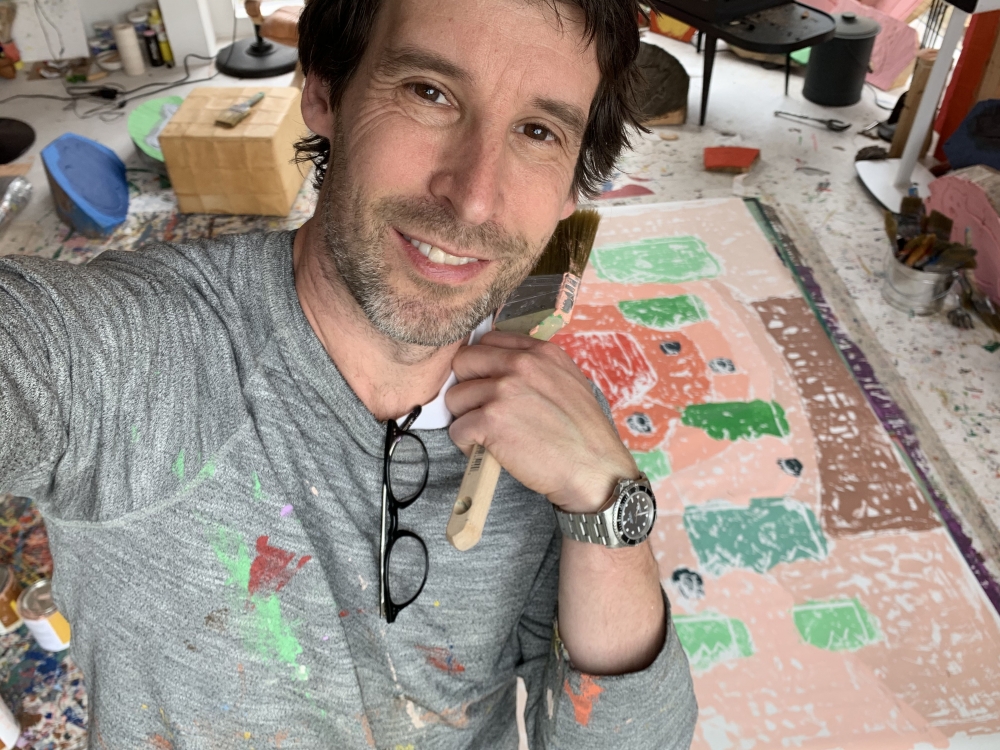